The more I look at health care in our area, the more I am positively stymied by how much we must overcome. It seems that, of all the things people have lost since 8-29-05 and after, the most insidious is the erosion of our health, exacerbated by the collapse of our infrastructure. 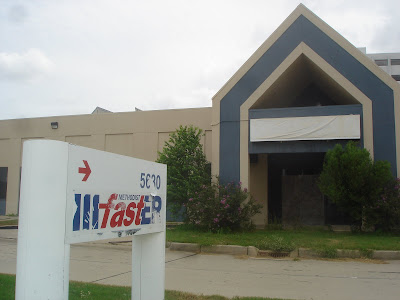 After all this time, the results of a recent study have linked the stresses of post-federal flood life - including the scanty access to hospitals, pharmacies, and treatment by health care professionals - to a greater incidence of heart attacks in area residents:

Previous studies have focused on jumps in heart attack rates in the immediate hours or weeks after disasters like earthquakes or volcano eruptions, but Tulane’s work is among the first to look at the long-term public health impact from such major events. Irimpen says this reflects the extraordinarily broad scope and lasting difficulties caused by the disaster.

“People had to go through such a long ordeal,” he says. “Even if they were not affected directly by the hurricane, living with it all around you had a subliminal effect. They interact with people impacted, their families and their coworkers and everyone else. There is a stress level in general here that is much higher than before, and stress has a direct impact on heart attacks.”

The study was published in the Journal of the American College of Cardiology, and Irimpen presented its findings at that medical group’s annual meeting this spring.

“Now we have the data so we can act on it in the future. This shows how governments can use their resources for better health in the recovery. It’s not just about housing, but about healthcare, not just about getting grocery stores open but pharmacies too,” says Irimpen.

The findings are also a warning to individuals about the importance of minding their health even when a disaster upends other areas of their lives. Among the surge of heart patients fueling the post-Katrina increase, Irimpen says, many hadn’t kept up with their medications and many had begun smoking or abusing drugs. Many were also unemployed and lacked health insurance.

“People have been busy rebuilding their homes, but not their health,” he says. 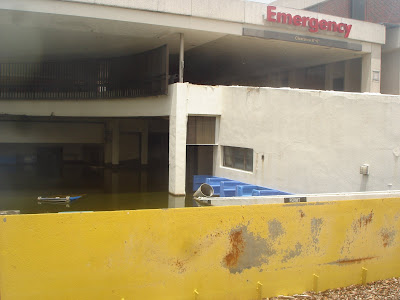 The health care panel at this year's Rising Tide conference will explore this sad fact of post 8-29 living, as well as many other related subjects. Moderated by public health Ph.D. candidate and local blogger Holly Scheib, the participants will be: Cecile Tebo, crisis unit coordinator for the NOPD and one of New Orleans magazine's Top Ten Female Achievers; Dr Elmore Rigamer, medical director of Catholic Charities; and Sean Fitzmorris, local EMT and administrator of New Orleans EMTs Sound Off!

What will it take to advocate for greater access to care for our mental and physical well-being? What will it take to make that care a reality? What have the professionals seen in their experiences pre- and post-8-29 that can give us more pieces to this puzzle?

At least one thing is clear: according to the most recent New Orleans Index released by the Greater New Orleans Community Data Center, we are down to twelve open hospitals in Orleans Parish from 23 open pre-8-29... 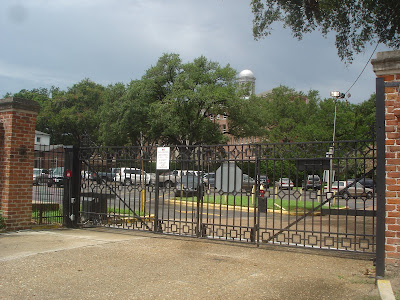 New Orleans Adolescent Hospital will probably be another statistic

...and the failure to open (or reopen) more health care facilities that can handle our current population's health is the tip of this iceberg.
Posted by Leigh C. at 7:40 PM

It's enough to make me want to check MYSELF into NOAH!