Dedicated to Our Dearly Departed 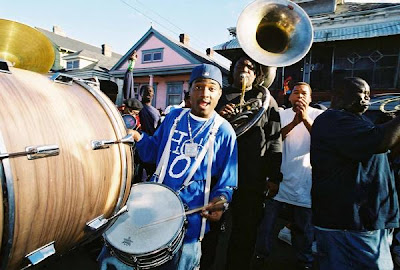 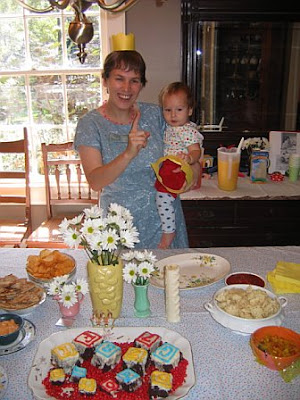 On January 11, 2007, thousands of New Orleans citizens marched together to City Hall to decry the violence that was gripping our city. Spiraling crime in late 2006 and the early days of 2007, and in particular the deaths of two local artists, musician Dinerral Shavers and filmmaker Helen Hill, became a catalyst for citizen engagement. We marched to grieve loved ones and neighbors lost to violence, and to call for more decisive action by officials in law enforcement, criminal justice, and City Hall. On that day, citizens from all parts of the city had a chance to speak directly to our leaders and each other about their fears and hopes, opening an anti-violence dialogue with our city�s leadership and establishing the foundation for the programs SilenceIsViolence currently sponsors. SilenceIsViolence continues to serve as a symbol and channel for the citizen voices and engagement in the pursuit of public safety in every community of New Orleans. To mark the one-year anniversary of the March for Survival, a noon memorial on the steps of City Hall will remember those who have been murdered in our city in the year since January 11, 2007. A press conference to follow will address progress and continuing challenges in public safety from the citizen�s perspective. Nakita Shavers, Jake Hill, and SilenceIsViolence founders Baty Landis and Ken Foster will speak. Topics will include:

-Acknowledgement of support and collaboration from many local agencies.

-Hopeful signs of progress toward sustainable public safety in our neighborhoods.

-The future organizational model and goals of SilenceIsViolence.

-Ideas for citizen participation and activism in our communities and our judicial system.

On the evening of January 11, 2008, at 9 PM, we will hold a memorial concert at the Howlin Wolf to benefit the Dinerral Shavers Educational Fund, featuring the Hot 8 Brass Band. We invite anyone with an interest in public safety in New Orleans, and in the role of citizen actions and voices toward securing our own public safety, to attend these events.

If only I had pictures of the many many others who have died in the past year and are still dying. C'mon out if you can. If not, check the SilenceIsViolence site to see how you can help with outreach and/or donations.

Update, 5:11 PM: Mominem chronicles Hizzoner the Walking Id's platitudes on the past year's murders, and Maitri expresses the exhaustion of having to protest and agitate for a safer city on top of all of an average New Orleanian's struggles these days.:

The truth is New Orleans suffers from a fatigue so deep, I’m surprised she has the energy to make it to the end of the day. We are too worn out from fighting the little battles of daily life that all-out war seems like too much work, not a necessary responsibility. This is precisely why crooked politicians and crime march on in this city even when we cannot any more.

What is even sadder is that there were only maybe forty people in front of City Hall today, not counting the media folks. The folks who died in the past year could well have been ourselves. Ken Foster made the point in the words he spoke today that he wasn't good friends with the most well-known of the murder victims, but that he saw the victims' friends' and relatives' grief at their passing and knew he couldn't stand idly by and do nothing. This is what we're on the verge of with such a small turnout such as the one today - the willingness of good people to stand by and do nothing. No matter how tired we are of the daily grind of living here, we can't afford to do that. We just can't. Everyone here has already chosen a difficult path in living here post 8-29. Find a way to become more active in how it can be.

This is a marathon, not a sprint. And it hurts. But we must keep going.

The march was amazing...I'll never regret that I participated. I wanted to go today but I had a deadline at work. Eh, life gets in the way sometimes.

I hate to be a pessimist but while these marches and protest are noble I'm afraid they won't make much of a difference. I do believe the police try their best but the culture of violence in this city is where the problem lies. The problem is two fold. As long as violence is a means of gaining resources and resolving conflict there will be no change. There is also a culture of silence. As long as people won;t speak up about the identity of perpetrators there will be no change.

I don't like being so negative. I wish these marches were effective but the first one showed that little is done after.

Hmmm. I think that's the point of continuing to be involved.